In 1979, Hurricane Frederic barreled into the Gulf Coast and a small seafood shop in Coden, Alabama was right in its path. The shop, owned by James and Michael Rice, was destroyed. Out of that destruction, the father-son duo endeavored to create a new venture building boats. Within months, Master Boat Builder was founded.

What started as a small venture quickly turned into an internationally recognized work boat business. Over the past 30 years, Master Boat Builders, Inc. has built and delivered approximately 430 vessels to customers all over the world. Our vision is to build quality boats for quality-minded individuals at an economic cost. Our management team is ingrained in all of our daily operations from conceptual design through delivery to ensure your boat is BUILT TO LAST. 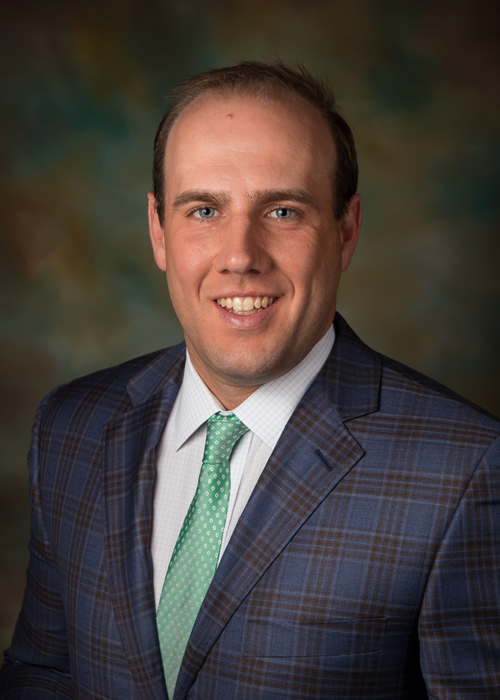 A native of Mobile, Alabama, Garrett grew up in the family business that was founded by his father, Michael, and his grandfather. He began working with his father as a child and came into the business full-time in 2011 as a project manager and accountant. Within a few years, he began to handle business development and took on the role of Chief Financial Officer. In 2020, he became President of Master Boat Builders and now oversees the day-to-day operations of the business.

Garrett revels in the challenges presented by the shipbuilding industry from engineering to planning and accounting to human resources. More importantly, he values the legacy his father and grandfather have left him by growing a small mom-and-pop shop into a world-renowned work boat shipyard. As President, Garrett serves on the Boards of Directors for the Offshore Marine Service Association and the Shipbuilders Council of America.

Prior to joining the family business full time, Garrett worked in sales at a valve automation shop in Birmingham, Alabama where he gained experience in fluid systems and engineering. He also worked in the athletics department at Samford University as the Director of the Athletics Department’s annual giving program.

Garrett received his bachelor’s degree in accounting from Samford University. In his free time, he serves on the Board of Directors for McKemie Place. He enjoys playing golf and spending time with his wife and two children. 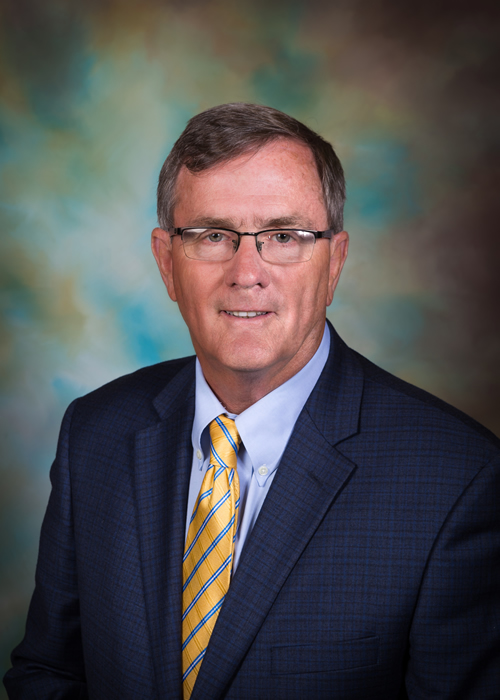 Michael Rice founded Master Boat Builders with his late father, James Rice, in 1979. The shipyard in Coden, Alabama was started on the same piece of property it sits on today after Hurricane Frederick tore down their seafood shop. Founded on a vision to build quality, long-lasting work boats, the company grew from a small start-up to a world-renowned business in the industry. Michael takes pride in having built a company from the ground up alongside his family and is gratified that his son, Garrett, has grown in the business and now shoulders most of the day-to-day responsibilities.

Michael holds a bachelor’s degree in business from Mississippi College.  He supports the Distinguished Young Women organization in Mobile and enjoys playing golf in his spare time. He and his wife are life-long residents of the Gulf Coast where they raised two sons. 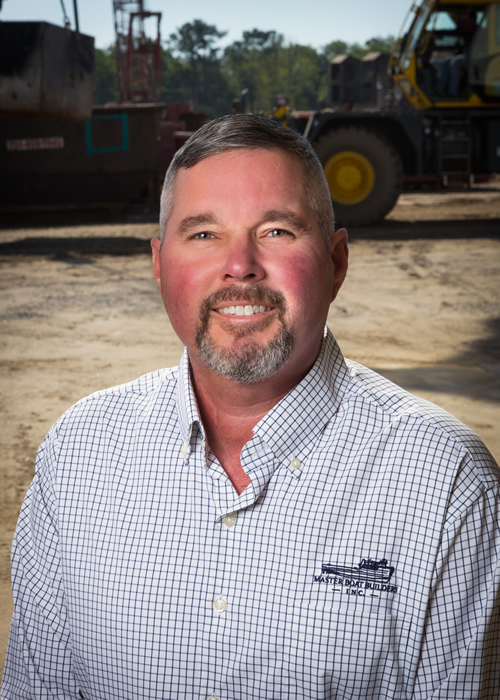 Mike has been with our team for over 20 years. He has known most of his business partners for the majority of his life and sees his workforce as family. His father has worked at Master Boat Builders since it was founded in 1979, and Mike came on part-time as a youth, learning multiple crafts and business operations. His tenure has instilled in him our value of providing customers with a quality product delivered on time and on budget. Mike has been an integral part of the evolution of the business as it has grown and adapted in an ever-evolving industry.

Mike attended the University of South Alabama and Bishop State Community College. Outside of the office, you will find him on the water fishing, spending time with his wife and two children or whipping up some tasty cuisine in the kitchen. 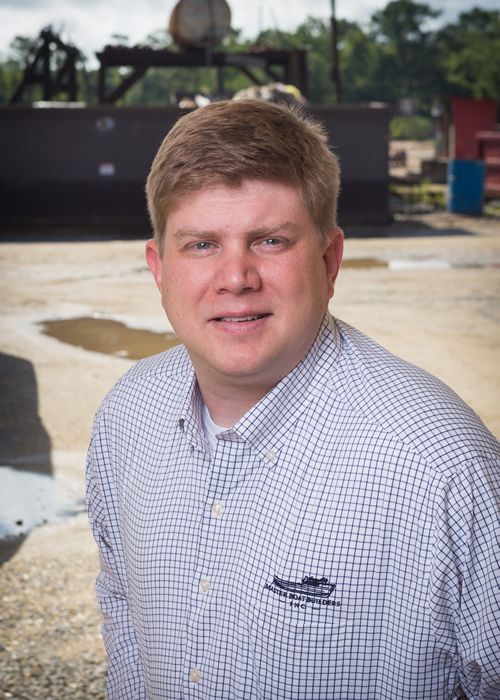 Ryan Roth combined his life-long interest in boats with his technical aptitude to build a career that led him to Master Boat Builders in 2020 as Director of Engineering. From the beginning of his career, he gained experience in a variety of roles in the marine industry including Vice President of Sales and Marketing, Director of Business Development, Engineering Manager and Project Manager. These roles gave him the breadth of experience to become a strong leader who meets his responsibilities head on and solves problems with professionalism and integrity. Ryan values being a part of building something long-lasting that contributes to the marine industry.

Ryan has been a licensed Professional Engineer since 2009 and holds an MBA from the University of North Carolina at Chapel Hill. He received bachelor’s degrees from Spring Hill College and Auburn University in Science and Mechanical Engineering, respectively. In his time off, Ryan enjoys spending time with his family, working on projects around the house and flying a Cessna when he gets the chance. 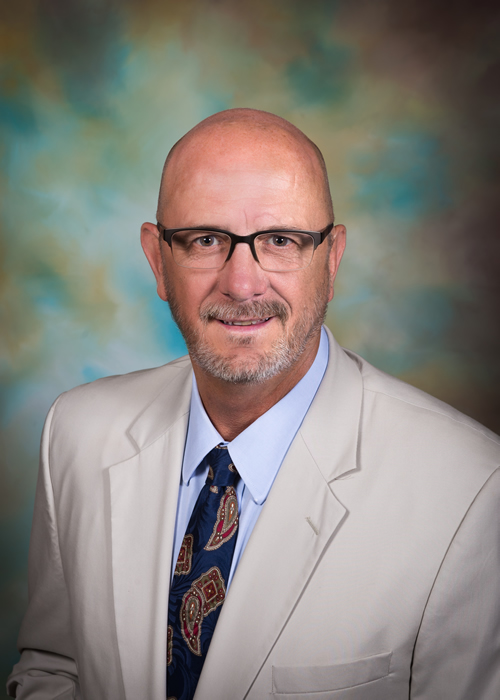 David Rice has been with Master Boat Builders for nearly 40 years. Growing up in Coden, Alabama, joining the family business felt like the natural decision. He embraces the challenge of building something and gets to combine that challenge with his love of the water in his career. While he is focused mostly on purchasing for the company, he also lends a hand with operations management. As a member of the Board of Directors of Dauphin Island Water and Sewer Authority, David is active in his community and values time spent giving back.

David has a Bachelor of Science degree in accounting from the University of South Alabama. On his days off, you can find David at home on Dauphin Island or out on his boat. He and his wife have two sons and two granddaughters. 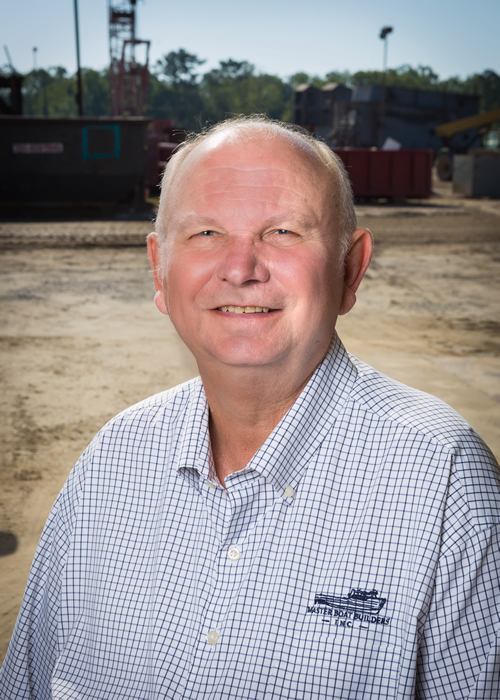